…to launch a successful crowdsourcing campaign.

This weekend the Museum of Food and Drink had a party for BOOM! The Puffing Gun and the Rise of Breakfast Cereal, their first innovative pop-up exhibit, which will be travelling around New York City this August. At BOOM! visitors will get to see (and taste!) the science behind cereal production and explore the development of the cereal industry—and MOFAD hopes to fund all of this through a Kickstarter campaign. (Full disclosure: I am a MOFAD volunteer). 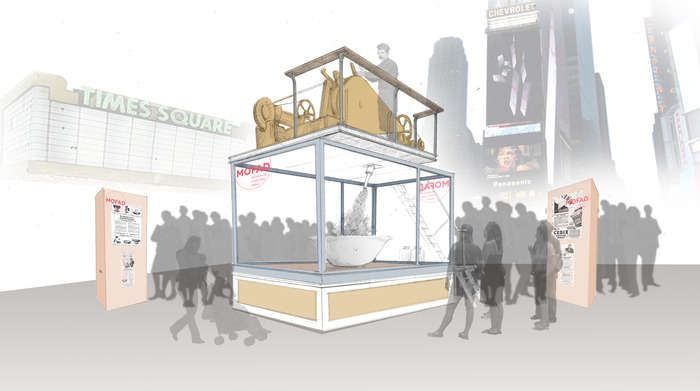 A rendering of the exhibit at one potential location: Times Square. Courtesy of Cycle Architecture.

Kickstarter is a form of crowdsourcing, which relies on many people, each contributing smaller donations, to fund a project. If the money doesn’t get raised, everyone gets their donation back, so it’s low-risk. Thanks to crowdsourcing, there will be a Veronica Mars Movie (!!!) and Chattanooga will be the first US city with its own font – but nonprofits can also use it to excite the donors they already have and attract new ones.

Do you want to try it? There are a few things you want to keep in mind. From what we’ve seen so far, crowdsourcing works best when programs are entirely new – meaning something the organization has never tried before. And almost half of all Kickstarter campaigns don’t raise the minimum capital.

So what will you do if the campaign is not successful?

And if you are successful, what’s the best way to build a rich, long-lasting relationship with your Kickstarter donors?

While online crowdsourcing is an inventive fundraising tool, before you launch your own campaign, it’s advisable to do some research on existing campaigns and decide which platform is best for what you want to achieve (some platforms are all-or-none fundraising, have fees, etc.).

But, first, be sure to check out MOFAD’s puffing gun in action here—it’s seriously cool.